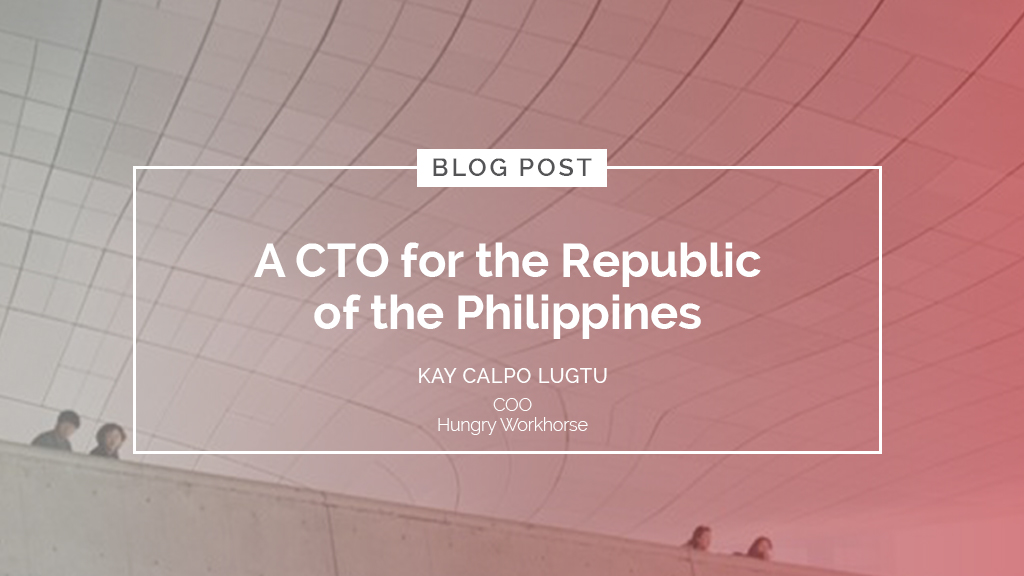 Isn’t it about time the Philippines gets its very first Chief Technology Officer? I recently attended Apptitude’s virtual event on technology and legal practice. The two keynote speakers were senators Win Gatchalian and presidential hopeful Panfilo Lacson, who both shared the work they have been doing in the areas of digital and technology.

Gatchalian, for example, authored Senate Bill 1793 or the Digital Transformation Act that mandates government services to be fully online by end of 2022 and also calls for the creation of a digital transformation department in every government agency. Lacson, meanwhile, is the principal sponsor of Republic Act 11055 or the PhilSys Act of 2018, the law which established what we know as the National ID System of the Philippines.

The scope of digitizing government services remains wide and extensive and looking at the current decentralized approach may not exactly be the most effective and efficient way of leveraging on digital. Much of the wastage can be seen in the resources and time that could have been utilized more productively via a centralized approach.

The Philippines, for example, is still in the “watch out” segment of the economies as reported by The Fletcher School at Tufts University in its 2020 Digital Intelligence Index. An economy in this section still experiences slow momentum. In addition, challenges are ever-present in executing a digital transformation initiative and while the challenges can vary from agency to agency, innate set points are still common denominators why such initiatives may fail.

As a reactor during Apptitude’s event, Union Bank CTO Henry Aguda stressed that mindset remained one of the key challenges in starting the digital transformation journey. He said, “change is a mindset: if you do not start your digital journey, you will be left behind”. He added that during a stint in the GSIS, the UMID that he worked on was actually the first evolution of the National ID.

We can look at how other countries are giving importance to the CTO role. In the United States and during the Obama administration, the CTO position was created to drive innovation, support digital transformation and look at key areas that could generate jobs, improve healthcare, security, education and research, and infrastructure.

Aneesh Chopra served as the first US CTO, bringing with him his experience as Virginia’s Secretary of Technology. He was followed by Todd Park, a Korean-American government executive that also had stints in the Department of Health and Human Services. Megan Smith, a former Google vice-president, was the last CTO of the Obama administration.

Why is the role of a CTO important in a landscape such as the Philippines?

Aside from the mindset, much of the challenge lies in architecting the digital journey that the country intends to embark on. The CTO typically designs the technology infrastructure, platforms, workflows and processes, and many other things to ensure efficiency and to avoid any redundancy or duplication of efforts.

Moreover, the CTO should be able to holistically capture the state of the country’s digital evolution and then identify opportunities for investment, innovation, and policy priorities. Without this capability in place, our approach will remain decentralized, ad hoc and reactive, and will take so much time that, in Aguda’s words, we will be left behind.

It is worthwhile to consider having a CTO to focus on the country’s digital journey, if only to leverage on the future as our growth engine and to ensure that we, as an economy, do not get left behind. 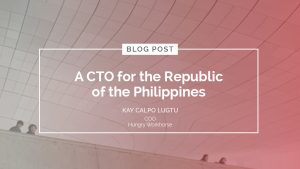 Kay Calpo Lugtu is the chief operating officer of Hungry Workhorse, a digital and culture transformation firm. Her advocacies include nation-building, sustainability education, and financial literacy. She can be reached at kay.lugtu@hungryworkhorse.com