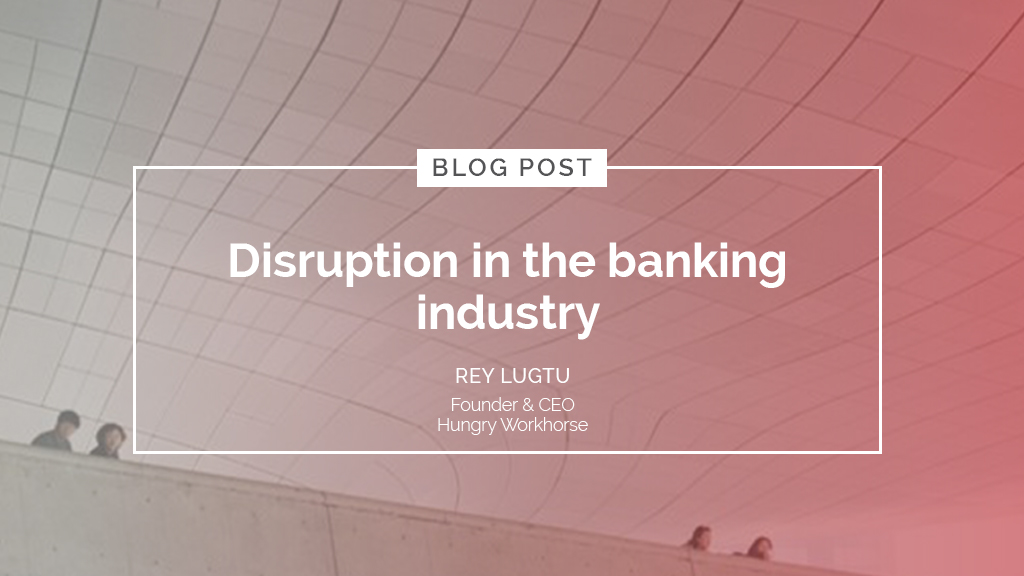 My Gen Z son had to physically go to a physical branch of one of the largest banks in the Philippines to reopen an account, only because his previous account, which he had been holding for several years, had been automatically closed because he placed all his money in an investment portfolio of the same bank. Obviously, this bank doesn’t see my son’s overall value as a customer, and instead treats him in silos. “This is totally crap,” said my son, who promised that he will eventually move his money to another bank that doesn’t have the same hassle.

This is precisely the reason why brick-and-mortar banks are losing its appeal to the younger generations and will lead to its ultimate demise.

On the other hand, Germany’s second-largest lender Commerzbank said recently that it will “close 340 branches by 2024 as it grapples with a switch to online banking and cashless payment options,” based on the report on German online news agency, The Local.

Another recent report from Forbes said that three major banks are planning more branch closings as thousands shutter in U.S. and U.K amid COVID-19 impact and digital banking growth. The news agency further reported that “Huntington Bancshares, Wells Fargo, Sierra Bancorp all announced branch closures in the past few days in Ohio, Philadelphia, and California respectively;” and “more than 4,000 bank branches in the UK have closed in the past six years as lenders increase digital services for customers”.

All these are happening at the heels of the recent exit of Citibank from consumer banking in thirteen markets.

Evidently, the pandemic accelerated the shift to digital banking as people from all over the world stay at and work from home, driving the closures of these once ubiquitous bank outlets. The ripening of fintechs and digital-only banks has attracted the younger generations of bank customers, which is further accelerating the decrement of bank branches.

In fact, digital-only banks, also called neobanks, are growing and taking considerable market share from traditional banks all over the world. In Europe, neobanks gained more than 15 million customers between 2011 and 2019, and by 2023, neobanks are projected to gain up to 85 million customers – equivalent to 20 percent of Europe’s population, according to a 2019 report by AT Kearney. One of the major reasons for the upsurge in neobanks, especially in the UK is the Open Banking initiative that was launched in 2018. This led to the rise of neobanks such as N26, Revolut, and Starling Ban, and establish themselves as challenger to the incumbents.

Open Banking is the system of allowing access and control of consumer banking and financial accounts through third-party applications. It has the potential to disrupt and reshape the competitive landscape and consumer experience of the banking industry. Two models of open banking have emerged – market-driven and regulatory-driven.

In market-driven, countries like India, Japan, Singapore, and South Korea, “do not have formal or compulsory Open Banking regimes, but their policy makers are introducing a range of measures to promote and accelerate the take-up of data sharing frameworks in banking,” according to a report by Deloitte.

In regulatory-driven, central banks issue regulatory frameworks are issued for tradition banks and neobanks to comply with, such as those issued in Hong Kong and Australia, which also led to the rise of neobanks.

In the Philippines, The BangkoSentral ng Pilipinas (BSP), has laid down the foundations for open banking, releasing the first version of the draft Circular on Open Finance in December 2020, a proposed framework to implement open banking in the country.

This led to the formal application of two foreign banks and two local bankshave to acquire a digital bank license in the country, according to BSP. Other local banks have relayed their interest to explore digital-only banking model.  Already, “most of the big banks already have substantial digitalization to cut costs for both bank and their clients, with IT and digitalization investments of P3 billion to P5 billion per bank, per year,” according to a Manila Bulletin report.

Open Banking initiatives and the rise of fintech all over the world, are truly disrupting the banking industry. In fact, bank branches could be extinct by 2034 in the U.S. if current footprint reduction trends continue, according to a study commissioned by Self Financial, a fintech aimed at an underbanked population with thin or flawed credit. The study revealed that the rate of bank branch closure in the U.S. doubled from 0.81% per year between 2012 and 2015 to 1.6% between 2015 and 2018.

But that is the U.S.; in the Philippines, bank branches will still be a fixture for many years. But if we superimpose this with developments in our internet infrastructure and the tech savvy of young Filipinos, the demise of branch banking may accelerate. That’s why traditional banks need to transform themselves now… urgently. 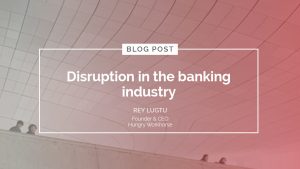 The views, information, or opinions expressed by the writer do not necessarily reflect or represent those of FINEX and its Board of Directors. The author is CEO of Hungry Workhorse Consulting, a digital and culture transformation consulting firm. He is the Chairman of the Information and Communications Technology Committee of the Financial executives Institute of the Philippines (FINEX). He is Fellow at the US-based Institute for Digital Transformation. He teaches strategic management in the MBA Program of De La Salle University. The author may be emailed at rey.lugtu@hungryworkhorse.com