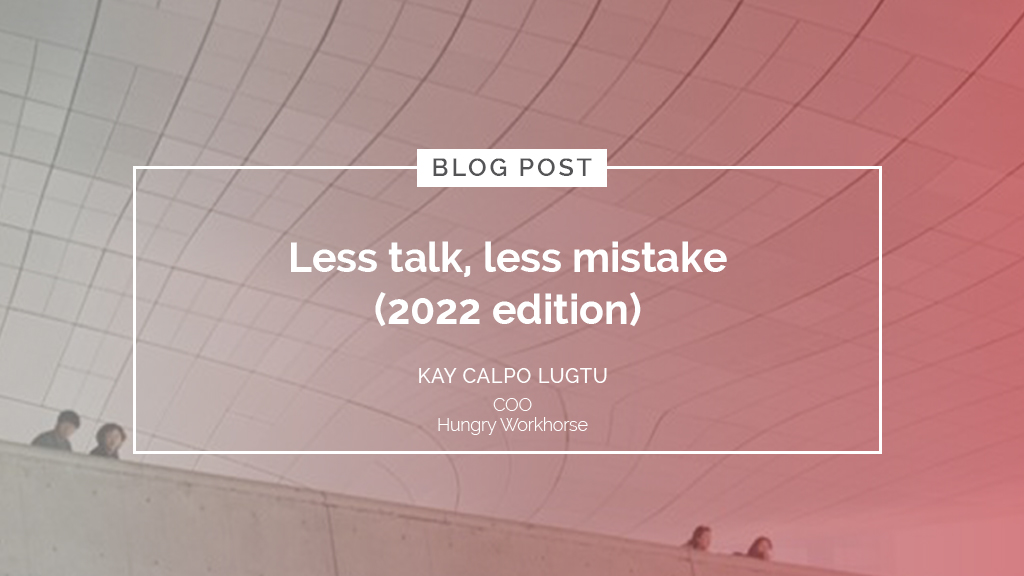 Filipinos are known to dissect every statement made by famous individuals, be they from government, entertainment or business, among others. We love to discuss these things over lunch, at family gatherings or whenever there is an opportunity to congregate and gather over food.

This is why public relations (PR) thrives in the country. A PR team is an insurance plan, so to speak, that can handle a crisis or make a better brand of you in case there is a need to do so. After all, detractors are only waiting for that slip of the tongue or that one statement that can be spun around against you — this usually happens, say, when campaigning starts for elections or there is a changing of the guard in business organizations. We may not know it but people are just waiting at the sidelines for mistakes to be made and for these to be celebrated all over the media, whether traditional or social.

We know of the recent greeting that Vice President Sara Duterte posted for President Bongbong Marcos’s 65th birthday, which was not taken well by quite a number of people. Her team scrambled quickly to clarify what the message was supposed to mean, to the point that they had to share the fact that the vice president had already relocated to Manila. In the end, it became an unnecessary “she-said-they-said” kind of exchange that could have been better dealt with by letting it die a natural death. Controversial issues do expire, especially when another controversy arises. One can assume that the prior issue will soon be forgotten. Case in point: what happened to that hit-and-run SUV driver in Megamall again? Not so surprisingly, things have become quiet.

Because 2022 is so much more than just the spoken word and because every little thing we say can be captured in one way or another, it is imperative to understand the beauty behind practicing “less talk, less mistake” in the many facets of our lives. Be it in business or otherwise, there is value in thinking twice about what to say, especially if you are a person of authority and have people looking up to you.

Here are a few guiding principles to remember whenever we feel the need to overshare:

Stick to the point. Birthday greeting? Anniversary well-wishes? A message of sympathy? Keep it short and simple. You do not need to tell an entire story or anecdote if there is a risk for it to be misinterpreted. We cannot control what other people may think but if you really have the urge to speak, perhaps you will be better off saying it directly to the intended party without letting the entire world know.

Be careful in how you express your opinion. Public spaces such as social media are risky platforms. We do have freedom of speech and can ensure that privacy settings remain nice and tight but how many stories have we read where people were caught harshly judging government people, for example, only to end up working for them? To add more insult to injury, the narrative also changes and accordingly credibility as well. A lot of people do a quiet chuckle simply because of this you-dug-your-own-grave scenario. Social media is never forgiving, and the minute you click post, your sentiments have been captured nicely and conveniently for life, to come back to you later.

Identify your safe space. One might ask, who do I share my views with? This is my own wall and my page, surely I can say what I want? Read No. 2 above. It helps to identify your safe space and the people in it as they can be your sounding board. They don’t necessarily belong to the same group and often we can count all of them with our fingers. Knowing these people will help in managing the stress that comes with the triggers that can affect your day.

Applying less talk (and therefore less mistakes) in our (professional) lives has its gains and advantages. What is important is to start practicing this habit as soon as we can and to learn from the lessons of those who missed the memo.

Kay Calpo Lugtu is the chief operating officer of Hungry Workhorse, a digital and culture transformation firm. Her advocacies include food innovation, nation-building and sustainability. She can be reached at kay.lugtu@hungryworkhorse.com.