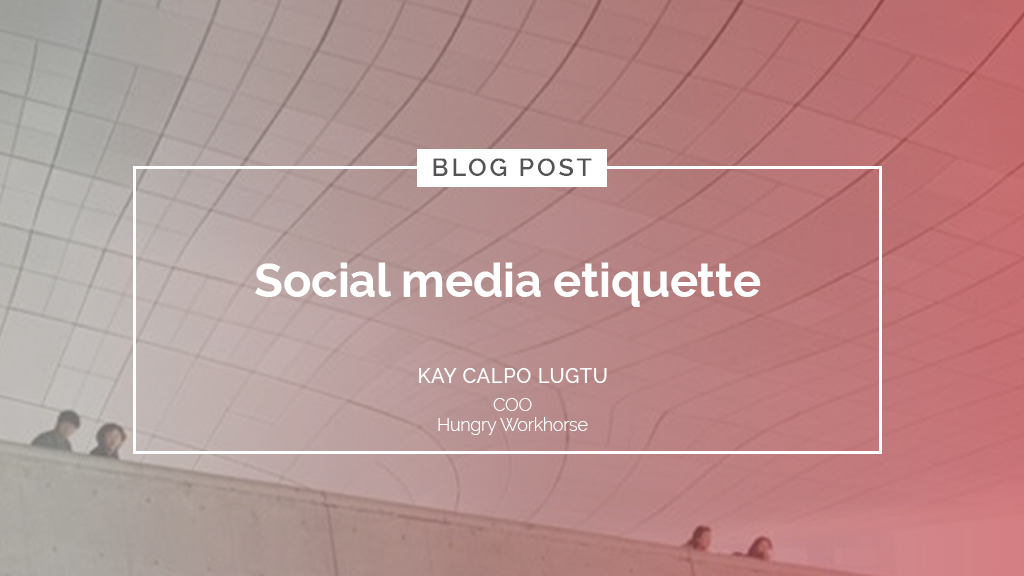 Undeniably, Filipinos are considered one of the, if not the most, emotional people in the world. This has long been supported by a 2016 Gallup Report on Global Emotions where the country at that time ranked first.

Combining this emotional state of being with digitalization has shown us many things, and how alternatives in social and digital are giving more options to consumers and affecting the way we behave, particularly in how we buy, engage and even consume content, among other things. The recent report by We Are Social showed several figures as to the state of internet use globally:

2. In Southeast Asia, 72 percent of the population are internet users spending an average of six hours and 58 minutes per day in digital platforms such as chat, messaging and social networks

Interestingly, the Philippines is also ranked third on the list of countries where Facebook ads reach the greatest share of the population from 13 years old and up.

What does this tell us?

There is a tremendous amount of time spent by Filipinos online, day in and day out. Of the time spent online, there is a good chunk spent on social networks. Sortlist, a Brussels-based consulting company published a study that reported Filipinos spending a whopping 11 hours a day online, with a third of it on social media platforms. Almost half the time Filipinos are awake is spent online, and this in itself opens opportunities in observing social media hygiene and practicing social media etiquette in the process.

Simply put, social media hygiene is the habit of practicing good social media behavior. Sure, it may be easier said than done considering again how emotional Filipinos can get and how this fact alone can make it easier to make social media networks one’s personal diary or journal.

Generally, the rule of thumb is to strike a balance between expressing one’s opinion and contributing to a safer online space in the process. Think about it. Will my post encourage people to think more? Will my post bring inspiration to many others? Will my post instigate or trigger unnecessary reaction from my audience? These are just some of the basic questions we can ask ourselves before clicking the “post” button.

Much of the shifts we have seen in online behavior has also been exacerbated by cyberbullying, and each one of us is responsible for making sure our platforms do not add more noise in an already noisy world. In the recent months, and because the country just came from a pivotal national election, we have seen how divisive social media can be, especially when people voice out their opinion, but not necessarily helping maintain a safer online space.

The demarcation between professional and personal life is blurred in social media. You can be an executive of a well-respected industry association and yet not behave like one online. You can be an academician in one of the more prominent schools in the city and yet not act like one online. No one is policing this and that is why social media becomes a playground for all sorts of emotions. This is the reason why it is important to understand and appreciate this phenomenon because individuals who are in a position of power have already established a level of influence one way or another, and therefore are required to exercise responsibility in the process.

Human resources recruiters who hire candidates typically do a digital scrub as part of their background check, and almost always consider social media hygiene as a factor in determining advancement in the hiring process. Crowdsourcing is a key benefit of social media and for those who are freelancing, it is important to bear this in mind when you think about your social media etiquette. The last thing you would want to happen is to lose a potential customer simply because a quick online scrub about you shows behavior that may not necessarily be acceptable. Let us also keep in mind that no matter how private our settings can be in our social media networks, information posted can always be captured one way or another.

Some companies already have provisions in terms of expected social media behavior (especially when representing the company brand) bound by their own corporate social media policy or governance. This can be considered, too, by other institutions and organizations to ensure there is a consistent practice on good social media hygiene and etiquette, and to contribute in maintaining a safer online space for everyone. 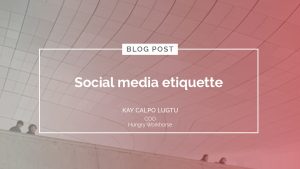 Kay Calpo Lugtu is the chief operating officer of Hungry Workhorse, a digital and culture transformation firm. Her advocacies include food innovation, nation-building and sustainability. The author may be reached at kay.lugtu@hungryworkhorse.coma