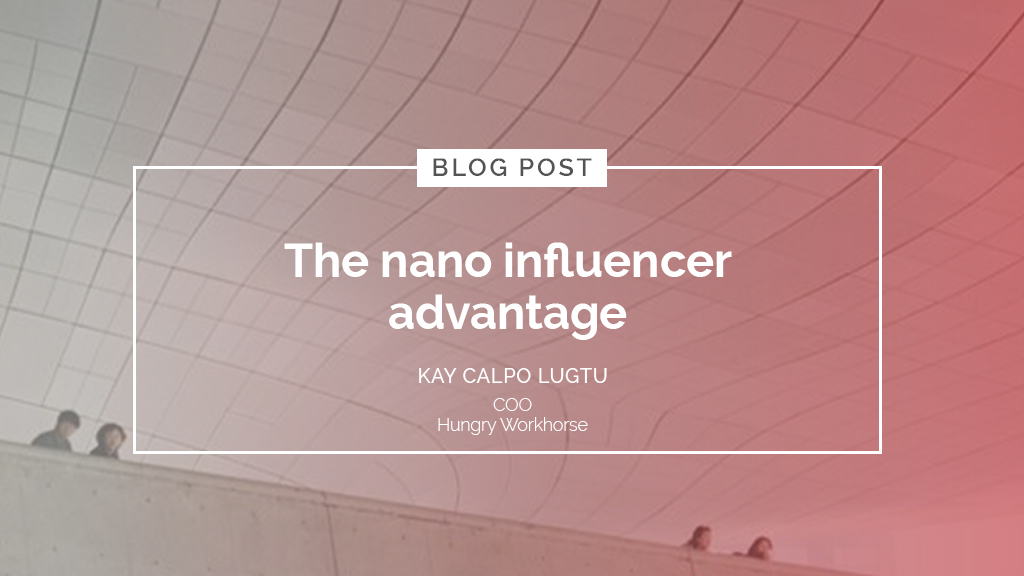 Marketing has expanded and evolved in recent times, brought about by the rise of social media. Digital marketing has under its fold social media marketing, which constitutes a huge chunk of advertising budgets since most Filipinos spend a lot of time on social media. Such is the transformation of marketing in this digital age.

In influencer marketing, companies invest in brand ambassadors or individuals who have strong followings — reaching millions — under the assumption that they can help convey a message and therefore “influence” their audiences to do the same. We see this in many celebrities and other known individuals with different areas of expertise.

Influencers have been segmentized based on the number of followers they amass on their social media platforms. There are micro-influencers, too, but alongside their emergence, we have also come to know of nano influencers.

In addition, people tend to trust nano influencers more. Since the nano influencer is close to his/her audience and considered a friend, messages conveyed tend to be more effective because of this established trust. This gives an edge to the brand, product or service that needs to be promoted.

The concept of using nano influencers in marketing is increasingly gaining traction as companies discover more and more how nano influencers can help segment the market and therefore allow for better and more personalized campaigns. Using such influencers may be able to help start-up businesses or boutique brands that cater to niche or specific markets achieve initial marketing objectives.

Opportunities abound in this space for everyone to take advantage of and leverage on in terms of digital marketing. The key would be searching for them (they are everywhere) and striking a collaboration. Nano influencers also often prove to be more cost-effective compared to macro ones. 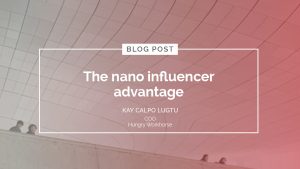 Kay Calpo Lugtu is the chief operating officer of Hungry Workhorse, a digital and culture transformation firm. Her advocacies include food innovation, nation-building and sustainability. She can be reached at kay.lugtu@hungryworkhorse.com.