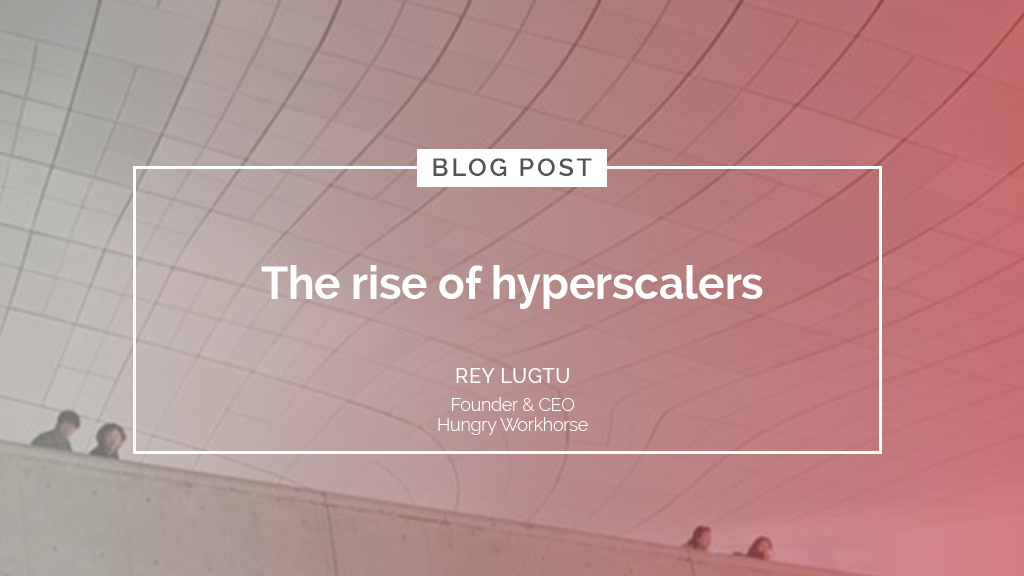 Suddenly, hyperscale and hyperscaler are popular terms in the lexicon of local business leaders and government officials. In fact, if you search in Google the terms “hyperscaler Philippines,” you can see more than 21,000 results mostly coming from the years 2021 and 2022. But globally, the terminologies have been widely used starting 2020 when the adoption of digital services accelerated during the height of the pandemic.

Why is this so? To provide the answers, let us first define the words in question.

Hyperscale refers to a specific way that servers are grouped to form a network to improve the performance they provide. Traditionally, a network could be improved through vertical scaling, which involves boosting the performance of the servers themselves. This could mean adding more memory, better processors, or faster hard drives. But there are technical and budgetary limitations to vertical scaling, which did not make sense for large computing and software applications companies such as Google, Facebook, Amazon, Microsoft, and Alibaba.

That is why during the height of the pandemic which resulted in the boost in digital services use globally, these tech companies need to scale horizontally, i.e., servers are connected and wired together in sequence called a daisy-chain connected to a load-balancer. Think of a load balancer as a smart traffic light which directs vehicles to move to roads with less vehicles to “balance” the traffic across the roadways. As requests (e.g., apps or digital services users) come into the hyperscale system, the load balancer passes the requests to whichever servers have the most capacity at that moment. This set up is called hyperscale computing.

The term hyperscale has been used by the large tech companies since 2013, but not in popular usage.

Hyperscalers, on the other hand, refer to the owners and operators of data centers where these horizontally linked servers are housed. These can be the large tech companies or large data center operators contracted by the tech companies. Record demand for server capacity is driving a boom in the growth of these data centers, more than doubling from 259 in 2015 to 597 globally in 2020, according to U.S. software company, Lightyear.

This growth trickled down to the Philippines. “In recent years, the Philippines attracted some well-known global hyperscaler and data center giants to enter the country, such as Alibaba Cloud, Google Cloud, Microsoft Azure, HGC Global Communications, and so on,” said Consul General of the Philippines to Hong Kong Raly Tejada during a recent webinar organized by the Board of Investments (BOI) to promote the country as the next hyperscaler hub in the Asia-Pacific region. But as early as the term of Department of Trade and Industry (DTI) Secretary Ramon Lopez, the government engaged in a media launch to position the Philippines as next strategic hyperscaler hub in Asia Pacific.

Obviously, hyperscalers will provide a boost in the country’s economy. In March 2022, then DTI Secretary Lopez announced that eleven companies engaged in hyperscalers, and data center operations are looking to undertake projects in the country with an estimated value of P147 billion.  Of these companies, he said, five are from the US, working on data center projects with a capacity of 150 to 180 megawatts (MW) or an estimated project cost of over $2 billion. The multiplier effect to the local economy redounds to increase in employment, supply-chain and real estate sector growth, and a boost to the local economy.

But can our country be truly a hub for hyperscalers in the region? Several indicators are in favor of the Philippines.

For one, the economic prospects bode well with the 7.6 percent GDP growth in Q3 of 2022. Moreover, economists’ estimates compiled by Bloomberg show that the Philippines will be the fastest growing economy in Southeast Asia, growing at more than 6 percent in 2023 and 2024.

The country also boasts of its rich talent pool of 46.5 million workforce, with an annual average graduate of 750,000. This ensures the ample supply of talent for hyperscalers in the country.

In addition, the Philippines data center market is expected to grow at a CAGR (compounded annual growth rate) of 13.4 percent during 2022-2027, according to the 2022 report of Cision. This is driven by cloud adoption because of increased usage of digital services mong businesses and consumers.

Lastly, the Philippines has recorded the highest improvement in 5G video experience in the world in 2022 as telco players continue to invest heavily in network expansion to enhance internet speed, according to mobile analyst Opensignal. This augurs well for hyperscalers as they will utilize 5G to bring edge computing to business districts in the country, enabling improved response times and bandwidth savings among businesses.

But not all is rosy. Philippines cloud readiness ranking in the Asia Pacific region has tumbled two positions from ninth in 2018 to 11th in 2020, with a cloud readiness index (CRI) of 55.3, according to the 2020 report of the Asian Cloud Computing Association. But the sharp decline of scores across several parameters such as international connectivity, sustainable energy, data centre risk, cybersecurity, certainly plays a large part, according to the report. These are critical areas that need to be address by the government as well as the private sector if our country is vying to become a hub for hyperscalers. 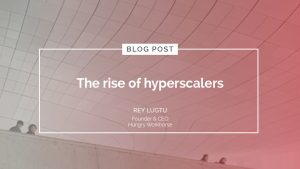 The author is the Founder and CEO of Hungry Workhorse, a digital and culture transformation consulting firm. He is the Chairman of the Information and Communications Technology Committee of the Financial Executives Institute of the Philippines. He teaches strategic management in the MBA Program of De La Salle University. The author may be emailed at rey.lugtu@hungryworkhorse.com