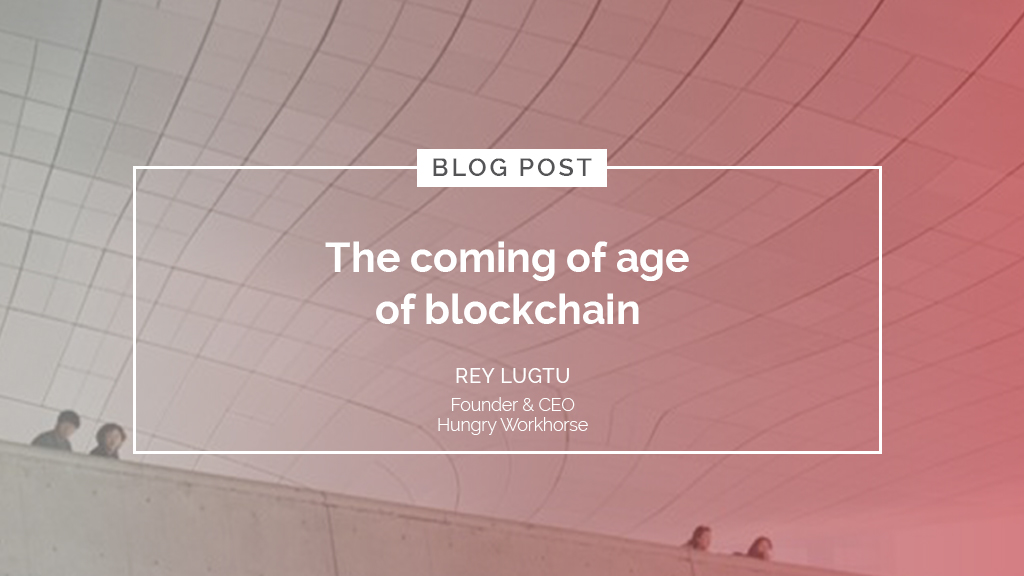 Blockchain and its applications such as in cryptocurrency and non-fungible tokens (NFTs) had a breakout year in 2021. It already went past its hype.

I remember the time in 2016 when I started to speak about blockchain in conferences and write about it in major dailies. It is either I get a lethargic reaction or a glow of wonderment from the audience and readers.

Up until 2020, there were a lot of talk about blockchain, but its followership was confined to the enthusiasts and technologists. Its most popular application, which is bitcoin, reached mainstream popularity in 2018, but it was on the premise of making big bucks as an investment vehicle. Business leaders saw no real-world application that they can touch and feel. Not until now.

There is a host of real-world use cases of blockchain all over, as recently published by Insider Intelligence, from the more obvious banking and finance to the cutting-edge applications in healthcare and energy.

For example, in April 2018, Banco Santander from Spain launched the world’s first blockchain-based money transfer service known as “Santander One Pay FX,” which enables customers to make same-day or next-day international money transfers. “By automating the entire process on the blockchain, Santander has reduced the number of intermediaries typically required in these transactions, making the process more efficient.”

Media companies have already started to adopt blockchain technology to eliminate fraud, reduce costs, and even protect Intellectual Property (IP) rights of content — like music records. One platform that has taken the spotlight in leveraging blockchain for media, is Eluvio, Inc. from California. “Formally launched in 2019, Eluvio Content Fabric uses blockchain technology to enable content producers to manage and distribute premium video to consumers and business partners without content delivery networks.”

In healthcare, Medicalchain from London uses a blockchain platform that allows for an easier and more secure flow of information that helps both the patient and medical professionals. “The blockchain can automatically verify whether a patient has insurance and is covered,” as reported by buitin.com. In addition, “drug and clinical trials can easily identify top candidates through a blockchain-based portal that safely shows patient medical records and identifies prime contenders for different trials.”

Closer to home, the Philippines ranked first when it comes to NFT adoption out of twenty countries surveyed by Finder in 2021 with 32% of those surveyed owning an NFT which runs on a blockchain network. This is due to the explosive growth of Axie Infinity, a play-to-earn gaming platform from a Vietnamese start-up, among user communities in the Philippines. In Axie Infinity, players buy, breed, and pit monsters called Axies against each other to win in-game currency — called small love potions (SLP) — that can be exchanged for fiat cash. Each Axie is an NFT that can be bought or sold across exchanges outside of the game.

While blockchain is the foundation of cryptocurrency, which is vigorously used, traded, and invested on the world over including in the Philippines, the other business applications are in its infancy stage in the country.

A key feature of blockchain is its state-of-the-art cryptography, which guarantees the fidelity and security of a record of data and generates trust without the need for a trusted third party. This makes this technology ideal for many business and industry applications, with its ability to create more transparency and fairness while also saving businesses time and money.

The success of blockchain applications does not come just like that. The effectiveness and success of blockchain applications lies in its use in an ecosystem. A blockchain ecosystems is composed of a group of elements capable of interacting with each other and the surrounding world for creating an environment with desired specific features. This creates an agreed-upon governance structure for a specific use case, e.g., in supply chain use case.

In overly complex supply chains, asset tracking, governance, transparent record-keeping, and transportation can all benefit from blockchain technology. As an example, Walmart, IBM, and HSBC have created a blockchain ecosystem, as reported by Medium.

“Walmart’s food safety initiative uses the IBM Food Trust Hyperledger blockchain solution. The benefit to supermarkets is mainly food traceability in seconds rather than days to help combat health issues related to food.” On the other hand, “HSBC innovated using blockchain technology to create we.trade” according to the report. “The HSBC partnership platform enables the direct business to business transactions for integrating into a supply chain; thereby quickly removing barriers for sellers who have not traded before and creating trust where there has been none.”

In advanced countries like the US, and in Europe, organizations, companies, and governments were deliberate in creating an ecosystem to take advantage of the value that blockchain brings. In China, the centralized government has chosen the blockchain infrastructure that has peer-to-peer commerce nature in a trusted environment.

Blockchain has come of age. Emerging countries will follow. 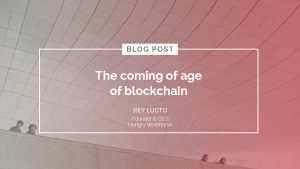 Reynaldo C. Lugtu, Jr. is the founder and CEO of Hungry Workhorse, a digital and culture transformation consulting firm. He is the chairman of the Information and Communication Technology Committee of the Financial Executives Institute of the Philippines (FINEX). He is a fellow at the US-based Institute for Digital Transformation. He teaches strategic management in the MBA Program of De La Salle University. The author may be e-mailed at rey.lugtu@hungryworkhorse.com