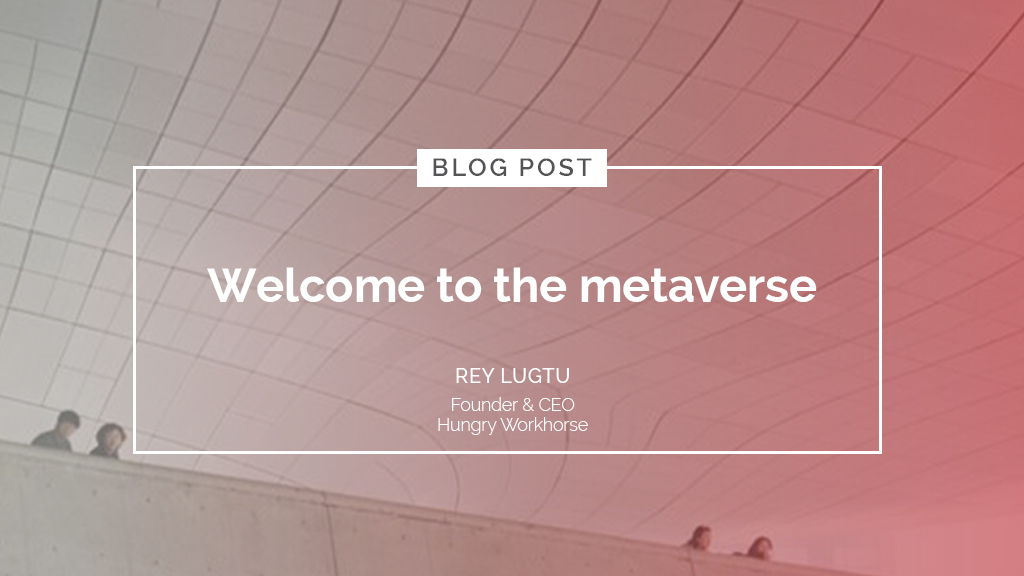 Starting December 1 this year, Facebook is now called Meta, effectively demoting Facebook’s namesake service to being just one of the company’s subsidiaries, alongside Instagram and WhatsApp, rather than the overarching brand.

“A rebranding could be part of an effort to overhaul Facebook’s reputation and turn the page following a series of PR nightmares, including misinformation on its platforms, content moderation failures, and revelations about the negative effect its products have on some users’ mental health,” as CNN reported.

But the name change, which was announced by Zuckerberg during the company’s virtual reality and augmented reality conference Facebook Connect, could be more than a public relations stunt. “I’ve been thinking a lot about our identity as we begin this next chapter,” as Zuckerberg said as reported by CNN. “It is an iconic social media brand, but increasingly it just doesn’t encompass everything that we do.” The Facebook founder is now focusing on the metaverse, a portmanteau of “meta-” and “universe,” which refers to efforts to combine virtual and augmented reality technologies in a new online realm.

The term metaverse was coined in Neal Stephenson’s 1992 science fiction novel Snow Crash, where humans, as avatars, interact with each other and software agents, in a three-dimensional virtual space that uses the metaphor of the real world. Stephenson used the term to describe a virtual reality-based successor to the internet.

Metaverse was depicted in Steven Spielberg’s film in 2018, Ready Player One, which was an adaptation of the 2011 dystopian science fiction novel by Ernest Cline. It depicts the world in the year 2045 as being gripped by an energy crisis and global warming, causing widespread social problems and economic stagnation. The primary escape for people is a metaverse called the OASIS, which is accessed with a VR headset and wired gloves.

The popular PC games, League of Legends (LoL) and Fortnite, have evolved into a metaverse in recent years. LoL has “three virtual bands with albums you can stream on Spotify, ranging from metal to K-pop, and a character that started out as a virtual influencer on Instagram,” as reported by The Verge. “Those bands have ‘performed’ through the magic of AR and holograms while decked out in Louis Vuitton, at the annual League of Legends World Championship, an esports event with tens of millions of viewers and professional teams across the globe, each of which competes in their own regional leagues.”

Fortnite, on the other hand, is one of the most popular hangouts for teenagers that “now hosts movie festivals and concerts” and “virtual parties.” The metaverse mentality, driven by the younger generation, is “the idea is to create a game or virtual world that has everything you could ever want”, as The Verge put it. “It’s a lifestyle.”

The pandemic has accelerated the developments in and adoption of metaverse applications, especially in South Korea. Virtual reality is becoming a hot commodity in South Korea as new platforms are being created to meet the growing demands of non-face-to-face interactions amid Covid-19. The virtual space is being used for social interaction, e-commerce, and political campaigns.

Investment managers, telecom firms and even the South Korean government are all getting into the metaverse craze.

“Samsung Asset Management expects its Samsung Global Metaverse Fund, launched in late June, to easily beat its goal of drawing 100 billion won ($86.49 million) by the end of 2021, with around 1-2 billion won flowing in everyday,” as reported by Reuters. Another is SK Telecom, the country’s largest mobile carrier, which “launched a metaverse ‘ifland’ in July where denizens can host and attend meetings with other animated avatars.”

Reuters further reported that a the South Korean “government hopes to play a lead role in the metaverse industry by earmarking “9.3 trillion won to accelerate a digital transformation and foster new industries such as the metaverse.”

Just recently, “the South Korean capital announced a plan to make a variety of public services and cultural events available in the metaverse, an immersive internet that relies on virtual reality,” as reported by Quartz. “If the plan is successful, Seoul residents can visit a virtual city hall to do everything from touring a historic site to filing a civil complaint by donning virtual reality goggles.”

Where is the metaverse craze coming from? Social scientists attribute the interest to the disgruntled MZ generation — a term coined in the country that merges Millennials and Generation Z, encompassing those born between 1981 and the early 2010s.

“They do not consider the metaverse as an alternative or replacement of reality, instead it’s just another part of their lives,” said Kim Sang-kyun, an industrial engineering professor at Kangwon National University who has published two best-selling books on the metaverse since late 2020, as reported by Reuters. “They are the generation that has communicated with the world through devices since birth, unlike the older generation.”

But the metaverse, like any other new technology, is seen by experts as posing “terrifying dangers” with a lot of unknowns. Some say that we have to figure out how to police the metaverse now before it’s too late.

For now, we will see an accelerated growth in metaverse as a social environment and as a business opportunity. Technology companies are now rushing in to develop devices and applications that will boost the metaverse, and make it available to the bigger population of the world in the coming years. 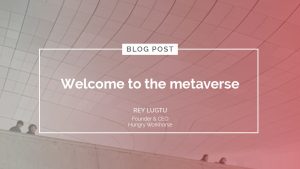 The author is the founder and chief executive officer of Hungry Workhorse Consulting, a digital and culture transformation consulting firm. He is fellow at the US-based Institute for Digital Transformation. He teaches strategic management in the MBA Program of De La Salle University. The author may be emailed at rey.lugtu@hungryworkhorse.com