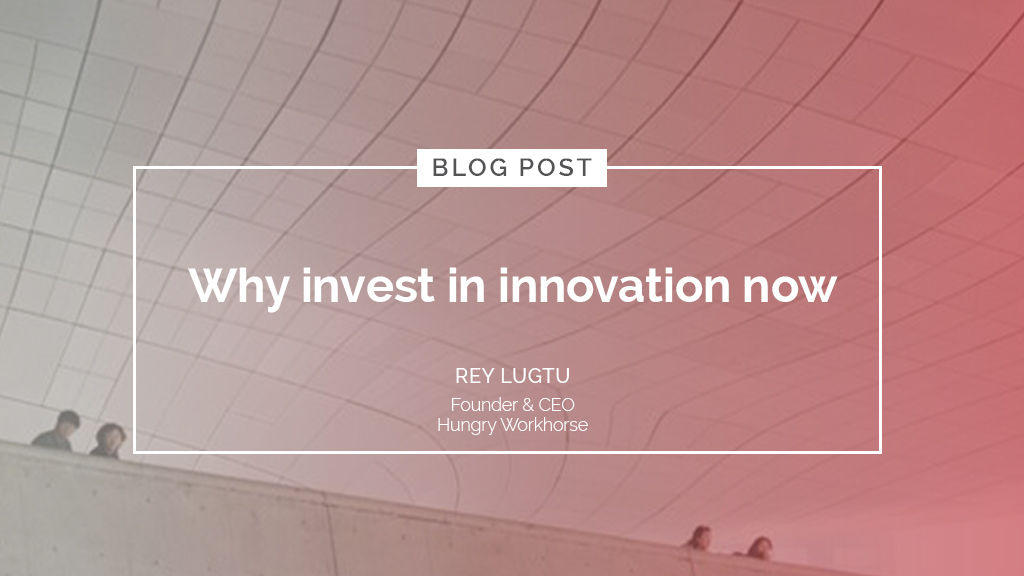 “Innovation is the ability to see change as an opportunity — not a threat.” — Steve Jobs

Majority of business leaders belong to the former. This had been confirmed by the 2008 financial crisis, which had substantially reduced the willingness of firms to invest in innovation as reported by several studies conducted globally. Economic crises cause companies to reduce their investment, including than in innovation where returns are uncertain.

Not surprisingly, a 2020 study by McKinsey revealed that “commitment to innovation has decreased as companies work through the COVID-19 crisis and focus on short-term issues. Furthermore, “executives have prioritized efficiency and keeping their core business secure and stable over innovation.” The study also noted that business leaders “reprioritize innovation when the crisis passes.”

This has been the behavior of most companies — hold investment in innovation during a crisis and continue after the crisis, even during this time of the pandemic. But will it be too late?

This is why some companies invest heavily during a crisis, instead of holding off, to build their capabilities while everyone else are hibernating, so that when good times come, they will be ahead of the game. This is what exactly glass manufacturer Corning did during the crisis of the dot-com bust which started in 2000.

In 2001, Corning nearly collapsed due to its heavy investment in fiber-optic cables prior to 2000. “But instead of slashing its R&D budget and concentrating on core products, Corning continued to invest in innovation, searching for ways to integrate its products into up-and-coming applications,” according to innovation Professor Gina O’Connor as reported by Fast Company.

“The company’s commitment to innovation during its toughest years paid off,” further in the report. “In 2007, Corning Gorilla Glass was reformulated to provide the screen for the first iPhone,” and “today, Gorilla Glass is found in more than 6 billion mobile devices, and Corning is worth over $28 billion.”

As the adage goes, behind every crisis is opportunity. This is the case for many companies which reaped the benefits of doubling down on innovation in the midst of a crisis. “Organizations that maintained their innovation focus through the 2009 financial crisis, for example, emerged stronger, outperforming the market average by more than 30% and continuing to deliver accelerated growth over the subsequent three to five years,” according to a McKinsey study. Businesses can gain long-term advantages by understanding such shifts and the opportunities they present.

Despite this, majority of business executives said they will reprioritize innovation after the pandemic, which may be too late. Again, historical accounts and studies show that companies which are inconsistent and vacillating in their innovation ventures during and after a crisis fail to produce results in the long run.

An example reported in MIT Sloan Review is the case of Lucent Technologies. In the aftermath after the dotcom bust in 2002, then telecom leader Lucent Technologies, sold 80% of its interest in a ventures group, intended to reap the benefits from Bell Labs technology, to Coller Capital, a British private-capital management company. Lucent was unable to catch up with telecom players then like Nokia and Ericsson to capitalize on the growth in 4G technologies.

Many executives will reason that investment in innovation is risky and uncertain, and that is true. “Innovation has a long-time horizon, and companies must invest consistently in order to see payoffs,” as O’Connor puts it. It is not easy to sift through the smokescreen of the pandemic.

One approach, which I have written about in previous articles, is called sense-making. It refers to how we structure the unknown so as to be able to act in it.  “It involves coming up with a plausible understanding — a map — of a shifting world; testing this map with others through data collection, action, and conversation; and then refining, or abandoning, the map depending on how credible it is.”

“Sense-making enables leaders to have a better grasp of what is going on in their environments, thus facilitating other leadership activities such as visioning, relating, and inventing. It involves three major steps — explore the wider system, create a map of that system, and act in the system to learn from it.”

The questions business leaders need to ask is: what is the map of a post-pandemic world 5 years from now? Will working from home become the norm? Will food delivery become a regular thing? Will logistics remain as it is now? Companies need to invest in innovation in a graduated manner, to test certain hypotheses about these shifts, and evaluate what works well, then doubling down depending on the results of these innovation investments.

For example, Philippine fastfood giant Jollibee Foods announced in May 2020 that it will spend 7 billion pesos ($138 million) to build discreet “cloud kitchens” and a stronger delivery service as part of a global restructuring plan. It set up several cloud kitchens around the world with a view of the future pandemic world as about food delivery.

Cloud kitchens around the world have grown in number exponentially in the last few months, and it is estimated that the global cloud kitchen market will grow at a CAGR of 12% from 2021 to 2027; and in just six years, the market value of the industry is expected to be over $71.4 billion, according to a report of Esquire.

Indeed, we need to see change as an opportunity, or else others will. 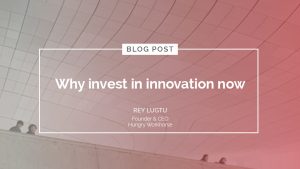 Reynaldo C. Lugtu, Jr  is the Founder & CEO of Hungry Workhorse Consulting, a digital and culture transformation consulting firm. He is Chairman of the ICT Committee of the Financial Executives Institute of the Philippines (FINEX). He is Fellow at the US-based Institute for Digital Transformation. He teaches strategic management in the MBA Program of De La Salle University. The author may be emailed at rey.lugtu@hungryworkhorse.com.