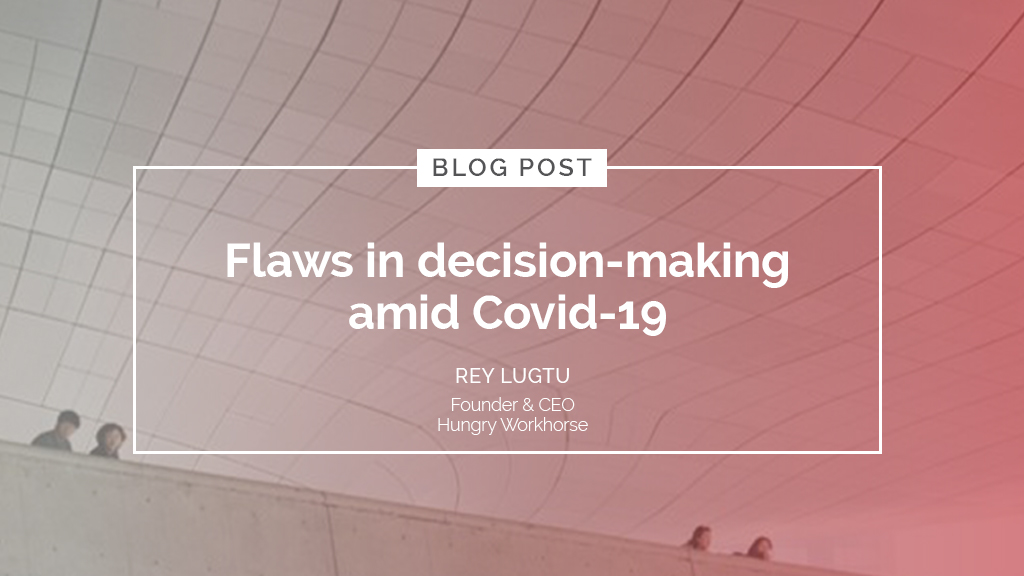 Philippine health authorities temporarily suspended on April 8 the use of AstraZeneca’s COVID-19 vaccine for people below 60 years of age to investigate reports of blood clots coming from overseas like the United Kingdom, after the European Medicines Agency found a “possible link” between the vaccine and blood clots.

But scientists and authorities point out that there is still no conclusive evidence the vaccine is causing the clots, as so few have been reported. In fact, Armando Genazzani, a member of the EMA’s Committee for Medicinal Products for Human Use (CHMP), said that it was “plausible” that the blood clots were correlated with the AstraZeneca vaccine, as reported by Reuters.

Our critical situation amid Covid-19 is generally clouding human judgment, confusing among causation, correlation, and even coincidence.

As an example, the use of Ivermectin to treat COVID-19 patients has limited evidence to support its clinical use, according to The Lancet. Studies note “that the hypothesis that ivermectin might have a prophylactic effect against SARS-CoV-2 is merely based on a rather strong correlation”, as published in the International Journal of Antimicrobial Agents in January 2021. Yet, there is a strong human urge to accept Ivermectin as an effective drug that will cause the treatment of COVID-19 patients.

Medical experts also warned that many of the health issues that may be experienced by people after vaccination are “more likely to be an unfortunate coincidence that’s not related to the vaccine”, Harvard Health Publishing said in an article. An example of a coincidence is the “rare cases of Bell’s palsy and other neurologic diseases” which have been reported after COVID vaccination, as the article reported.

Confusing causation with correlation or coincidence is one of the most common decision-making mistakes of humans since time immemorial. We tend to recognize patterns in events and situations, which lead us to build conclusions, such as the use suob or steam inhalation to prevent one from catching COVID-19. This heuristic hard wiring in man’s brain certainly aided pre-historic people’s search for food and avoidance of danger.

But does it translate to sound decision-making in public healthcare and even in business? Not necessarily.

In fact, pattern recognition has been blamed to be the root cause of most economic and market bubbles and bursts, such as that of the United States housing bubble of 2006 and the dot-com bubble of the late 90s. Pattern recognition, alongside other flaws in human thinking such herd behavior (the tendency of individuals in a group to act collectively) and confirmation bias (the tendency of people to select one-sided information that supports their opinions, while ignoring the rest) cloud our judgment in day-today and critical decision-making situations.

I saw this in action when I attended a business conference where a medical doctor and economist said that the coronavirus will peak in March and will die down in April, and that coming hot summer will cause the virus to die down. Majority of the businessmen liked what they heard and believed it, until the business community in the country was caught unprepared for the ensuing lockdowns and economic decline.

That’s why it’s important to understand and distinguish among causation, correlation, and coincidence for better decision-making. Merriam-Webster defines them as:

• Causation: the act or agency which produces an effect (such as smoking causes lung cancer)

• Correlation: the state or relation of being correlated; specifically: a relation existing between phenomena or things or between mathematical or statistical variables which tend to vary, be associated, or occur together in a way not expected on the basis of chance alone (such as smoking is correlated with high alcohol consumption)

• Coincidence: the occurrence of events that happen at the same time by accident but seem to have some connection (such as when you are drinking a brand of wine, it’s a coincidence that your boss is drinking the same in different places)

It’s important to note that correlation, more so coincidence, doesn’t imply causation, yet conflating the two remains one of the most common errors anyone can make in business, in news reporting, and in everyday life.

The ubiquity of fake news further strengthens people’s beliefs and conclusions, such as the proliferation of YouTube videos stating that Ivermectin is now approved as a COVID-19 cure in the Philippines.

Hence, we need to be more critical of what we read and see in social media. We should read and consume multiple sources of evidence relating to the different sides of a subject matter, while verifying the veracity of the sources.

It is, however, tough to think straight when you are confronted head-on by COVID-19; and there are still a lot of unknowns with this unprecedented crisis in our lifetime. We all yearn for a solution and a cure, which leads us to see patterns in what we see and hear and consequently draw our conclusions in order to survive. In the end, we just need to weigh the benefits and the risks when we make decisions. 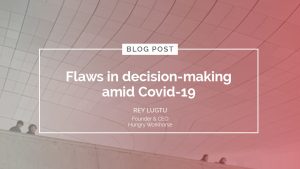 The author is CEO of Hungry Workhorse Consulting, a digital and culture transformation consulting firm.He is the Chairman of the ICT Committee of the Financial Executives Institute of the Philippines (Finex). He is Fellow at the US-based Institute for Digital Transformation.He teaches strategic management in the MBA Program of De La Salle University. The author may be emailed at rey.lugtu@hungryworkhorse.com