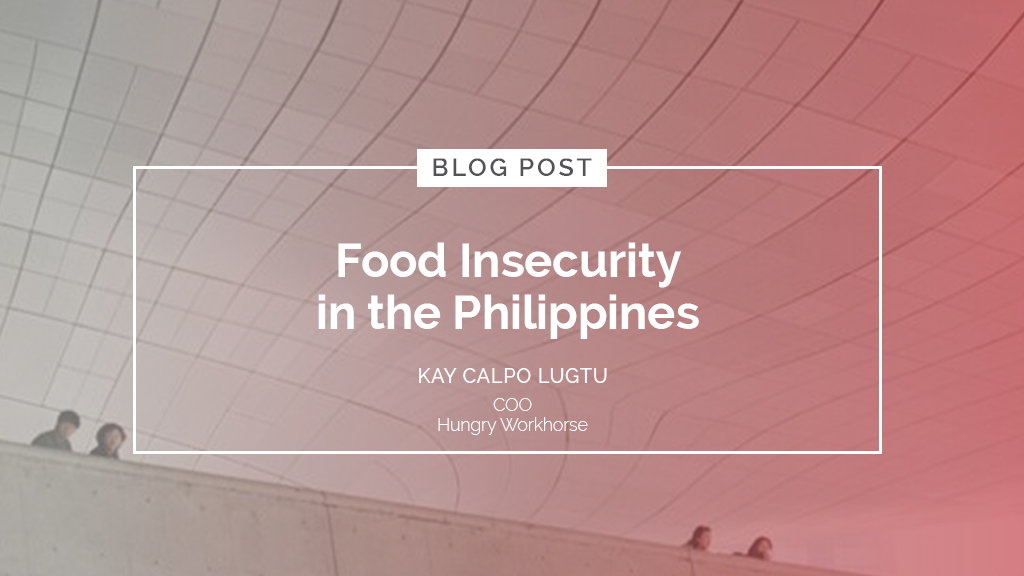 This was one of the news items that flashed in the ticker box while watching the morning news today. This is certainly not the first time this happened, and one would recall various social media posts sarcastically joking about the soaring price of chillies. Such is the scene today in 2021.

In a report published by United Nations’ (UN) Food and Agriculture Organization (FAO) last July, about 59 million Filipinos are considered to be food-insecure people in Southeast Asia from 2017 to 2019. This is a stark 32-percent increase from the 44.9 million recorded from 2014 to 2016. The report says these food-insecure 59 million Filipinos are suffering from a moderate to severe lack of consistent access to food, which roughly translates to about 50 percent of our country’s population. Interestingly, the data reported was based on a survey the FAO conducted. It used the Food Insecurity Experience Scale and asked these questions:

During the last 12 months, was there a time when, because of lack of money or other resources:

According to the UN Committee on World Food Security, food security is defined as people, at all times, having physical, social, and economic access to sufficient, safe, and nutritious food that meet their food preferences and dietary needs for an active and healthy life.

The Philippines, being an agricultural country, is rich in natural resources that should help provide access to food, but there are factors that put these at risk. In the last few months, we have seen typhoons ravage many agricultural lands that produce vegetables, which obviously caused their prices to rise, even up to now. Similarly, the African swine fever outbreak that struck the hog industry lowered supply, thus raising prices. Natural calamities and even virus-caused animal diseases are known risks, and yet we fail to adequately plan to ensure food remains accessible to all.

While access to emergency food like canned goods is in place, it is not enough to live on these alone, and may not contribute to enhancing one’s health in the long run. Our Food and Nutrition Research Institute sees a healthy balanced diet as a combination of protein, carbohydrates and vitamins and minerals-rich food that can be obtained from various food sources, including grains, meat, fish, fruits, and vegetables. Access to all these at the moment is limited due to high costs.

The FAO report also suggests for people to grow their own vegetables through homestead food production primarily for their respective household’s consumption.

But a few ideas can be discussed moving forward so we can take action as a country to address food insecurity. Some ideas that come to mind are:

– Use of technology. Singapore, a very small country with a population of about 6 million, is utilizing technology to ensure it has enough food to feed its people. Vertical farming in urban areas would help produce food for consumption. Some agricultural-technology companies are also adopting this farming type in the country, but large-scale efforts are needed to ensure people have access to produce, even during typhoon season. The future of food will use technology, and expand its scope to include bacteria.

– Upskilling farmers. The average age of our farmers is around 53, and they are not technology-savvy at all. One way to continue reskilling them is to upskill them and teach them to do technology-related skills related to agriculture.

– Behavioral changes. This could be the hardest to do, but needs to be acknowledged. Nowadays it is convenience over life skills, and ideally, it really should be the other way around. During her time, Maria Orosa launched on a national scale her so-called 4H (health, heart, head and hand) club. It is essentially a home club to teach homemakers skills in maintaining one’s household, with strong focus on food security and gardening. In the 1960s, the government under Ferdinand Marcos launched a homemaking manual that was used by all public schools to teach students necessary life skills, with self-sufficiency as one of its objectives. This behavioral change needs to be seen too when we do charity efforts and relief drives and boxes of canned goods fill up vehicles instead of something that could be, in the long run, more sustainable and make people more self-sufficient.

Year in and year out, we will experience natural calamities and occasionally be hit by animal-related diseases. A concrete plan is needed for us to be a food-secure nation, and this is not just the job of the government alone, but requires a tripartite effort involving both our public and private sectors and the citizenry. 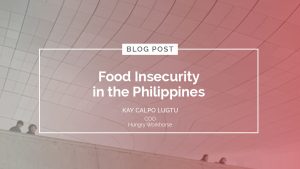 Kay Calpo Lugtu is the chief operating officer of Hungry Workhorse, a digital and culture transformation firm. Her advocacies include nation-building, sustainability education and financial literacy. The author may be reached at kay.lugtu@hungryworkhorse.com.