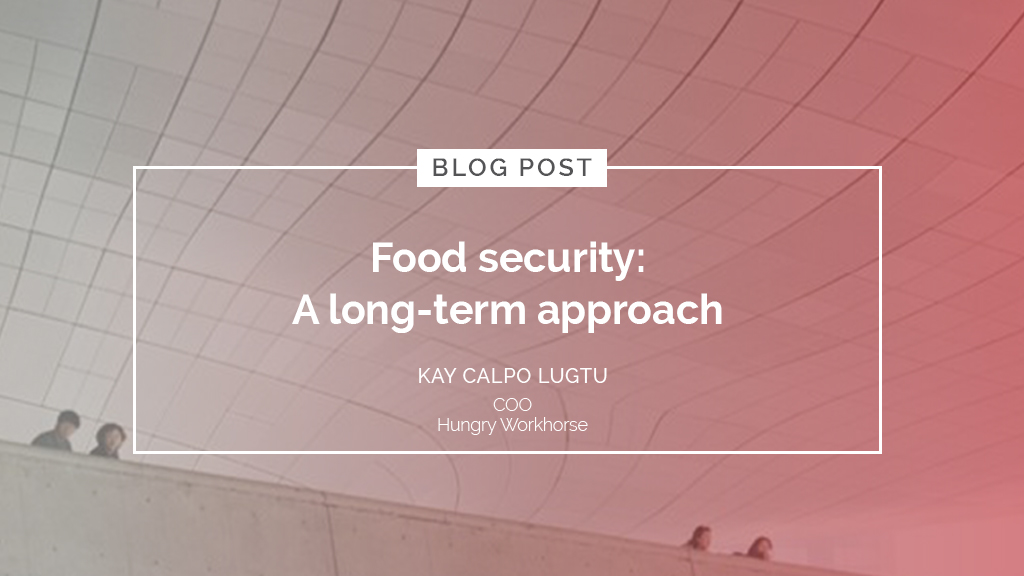 Just like in other important matters in life, it is essential to approach these efforts on a long-term basis. As an example, when we plan for our retirement, we take note of many things and ensure habits and other behaviors apt for such are put in place; we invest as early as we can to avoid being dependent later on, we decide to invest in our health so we can avoid getting sick, etc. These efforts take time, and the fruit of such labor may only be seen not immediately, but at a much later time.

The same thing goes in this case with food security. Many of us, especially homemakers, restaurateurs, and other business people in the food and beverage or F&B space can relate to the recent shortages we have been experiencing. News on shortages of sugar, flour and even salt take priority on national television as these affect the entire citizenry and show how we remain food insecure.

One of the challenges why it takes forever to chart our food secure path is because of short-term thinking applied by our national leaders for the many government administrations that have been in place post Marcos Sr. era. Short-term thinking has been evident in policies that are, well, shortsighted, too. For example, the Comprehensive Agrarian Reform Program law distributed land to farmers who unfortunately cannot scale their operations. The law has been in effect since 1988 but close to four odd decades later, we have not seen any industrial farms that are big enough to address demand and sustain supply to avoid any food shortages similar to the ones we are experiencing now. In a way, many of the laws may need to be revisited and reassessed to ascertain if these are still relevant at this point in time.

Our policies should be long term, and especially applicable for those concerning our national food security that could be affected by many other global issues such as global warming and changing climate conditions. Case in point: we experience typhoons year in, year out with an average of about 26 typhoons annually. Agricultural lands are typically damaged in the process with residents being evacuated to appointed evacuation centers (typically a multipurpose gym or building in a barangay). However, we are failing to address the gap on how to avoid agricultural crops getting damaged in the first place. Typhoons are a natural occurrence, and mitigating risks on food supply should be included in the process as part of disaster risk management reduction.

How to go about this? Technology could be one way in making our approach in food security more long term. However, not all farmers may be open to this idea given that the average age of a Filipino farmer is age 53 and that technology aptitude may be a bit asking for too much. There is hope though in our young farmers, as evidenced by some programs present in Department of Agriculture’s Young Farmers Program where technology is widely used, accepted and well-received as far as agricultural efforts would be concerned. In fact, one kagawad in our barangay (village) has also taken the lead in putting up an aquaponics/hydroponics set up at the unused part of the barangay roof deck to plant lettuce. As a resident in the barangay, we do get to enjoy lettuce on a more sustainable basis at only P10 per cup. This program can be replicated and done by other barangays as well and becomes an absolute direct contributor in addressing the fiber dietary needs of our citizenry at a cost that every Juan can afford.

As a call to action, it is imperative for our leaders to apply more long-term thinking in terms of policymaking, especially for key areas such as food security. The overall government must be in place, aligned and can last and span different administrations moving forward. 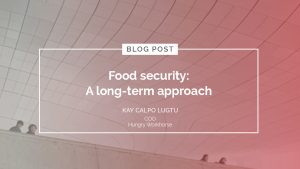