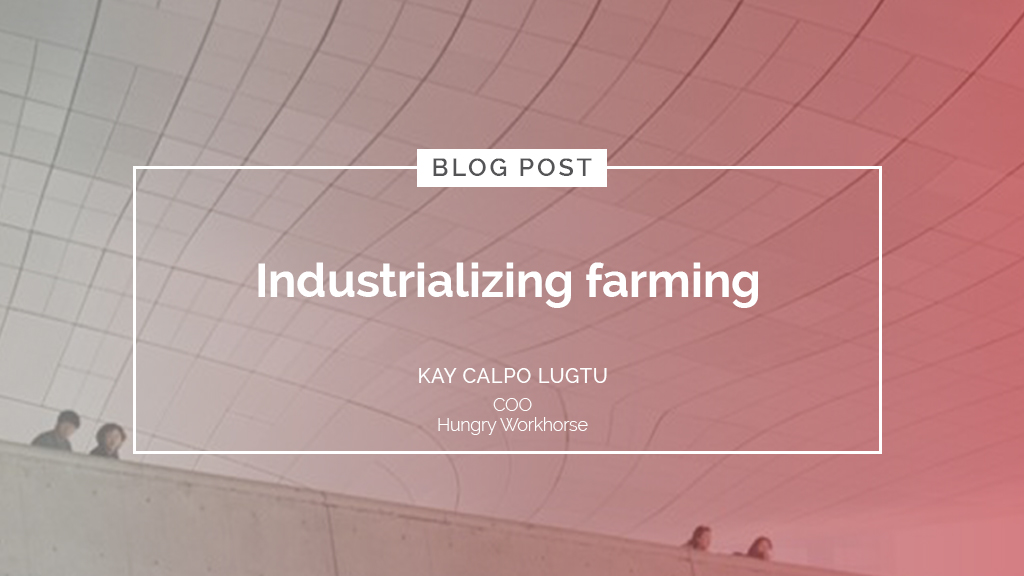 We see it on national news every so often: crops left by the roadside by farmers due to the lack of buyers. In Benguet, tons of tomatoes. In Mindoro, not too long ago, tons of onions. The reason remains the same: no buyers willing to purchase the goods at the desired price.

There are various groups, particularly active on social media, that try to help distribute and market. Many group members support the advocacy because of the aid extended even if the farmers themselves are not organized. Prices may be less than market rates but the point here is the ability to directly help. While the impact cannot be ignored, however, the activity can be exhausting and may not be sustainable as these are emotional purchases.

This is happening while the country is also being flooded with imported vegetables such as ginger and carrots, to name a few, supposedly to address low domestic supply. Prices of these imports cannot be ignored as they can be less than that for what is produced locally. It’s a bit hard to reconcile this with the dramatic instances of food crops being left by the road.

Ongoing oil price hikes surely have not helped. Rising production costs just keep on hurting our farmers. There is also the campaign promise of President-elect Ferdinand “Bongbong” Marcos Jr. to lower rice prices to P20 per kilo — some say it is but an aspiration. Admit the feasibility or not, one would have to take a step back and reassess the big picture considering that the Philippines is and remains an agricultural country. The expertise must be somewhere, surely, but how can we achieve this with fragmented farming?

Hence the idea of industrial farming. Farming at an industrial scale can enable farmers to bargain and buy from suppliers at lower costs. We will be competitive and can cater to local demand at more accessible prices, and perhaps at some point transform from being a net importer of rice to a net exporter. Think about it. If you are farming only about two hectares and need to buy raw materials, how much do you think you will have to pay if you are tilling hundreds of hectares? At this level of scale, also, it won’t be one farmer negotiating for a price but rather a centralized conglomerate-level entity, benefiting all farmers in the food chain because the farming is no longer fragmented. This is where we can compete as a nation.

Take as examples how our Asean peers manage their farming. While it is true that neighbors such as Thailand, Vietnam, and Indonesia learned rice production in the Philippines through the IRRI (International Rice Research Institute) back in the ’70s, Vietnam took things a notch higher by supplementing it with homegrown research, producing rice with much higher yields per hectare. In addition, they also took advantage of technology in order to be more efficient in their production.

Rice is one of the major crops produced by Vietnam today, with the country second in terms of rice exports with a total of 88.6 percent combined farmland and irrigated land available for farming. In other words, most of its arable land has been utilized for industrial and competitive farming. Truth be told, the Philippines was Vietnam’s number one rice buyer as of February 2022. Vietnamese companies involved in the rice trade have diversified business interests, pretty much the makeup of a conglomerate. Their bargaining power is competitive enough to cater to exports and customers such as the Philippines.

Thailand’s agriculture space is similarly highly competitive, with rice its most important crop and produced on almost half of the country’s cultivated land. The sector also employs around 30 percent of the country’s labor force, covering 6.4 million households. While there is still the presence of small-scale farming, there is an organized effort to educate farmers with the importance of adopting technology in agriculture.

Best practices, government policies, more arable/cultivated or irrigated farmlands, and other ways of taking advantage of technology pave the way for unit costs that are much lower and more accessible. Our agriculture space — or the farmers that till the land — has to transform, especially in mindset. Farmers currently tend to just focus on raw food crops, not minding the many other possibilities of what can be done through processing, such as having those tons of unsold tomatoes made into tomato paste or sauce.

This is also an effort geared toward building a more food-secure and self-sustaining nation given the current global supply crisis. For now, there is a need to reorganize and reassess our agriculture strategy to achieve industrial levels — the levels needed to address domestic needs. 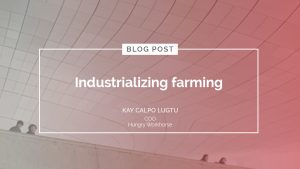