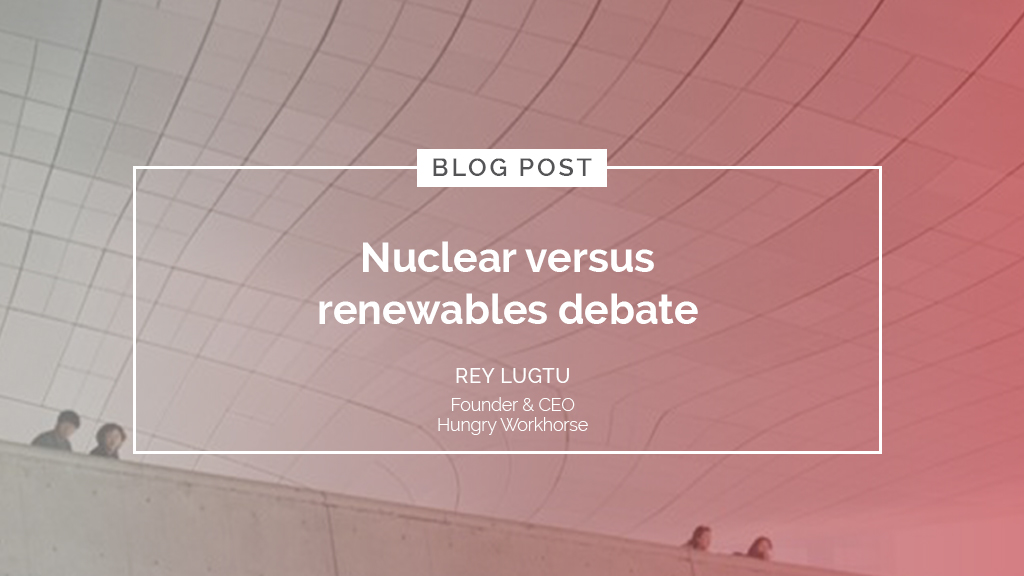 The incoming administration has expressed support in revisiting nuclear energy for the Philippines, specifically by reviving the Bataan Nuclear Power Plant.

President-elect Ferdinand ‘Bongbong’ Marcos Jr. (BBM), in a press conference last week, reiterated his support for nuclear energy, hailing it the “cleanest and cheapest” source of energy. Together with Vice President-Elect Sara Duterte, he vowed “to support and expedite the country’s adoption of nuclear power” during their campaign.

Expectedly, many immediately opposed the apparent looming nuclear scenario in the country. Environment non-profit organization Greenpeace states in its website that the “recent statements [of BBM] that nuclear energy is the ‘cleanest and cheapest’ are not true and are dangerous assertions,” and that “nuclear power is the most dangerous and most expensive way to produce electricity.”

The website cites the “2020 report by Lazard, the Levelized Cost of Operating Energy (LCOE) of solar is around $36–$44 per megawatts hour (MWh), while nuclear costs $112-189 per MWh.” Furthermore, “nuclear energy will be too risky to operate in the Philippines, considering that we are constantly battered by strong typhoons and other extreme weather events, which could easily compromise the operation of a nuclear power plant.”

The environmental organization instead urged the incoming administration to prioritize the development and promotion of renewable energy (RE) in the country. This call was echoed by nongovernmental organization Agham-Advocates of Science and Technology for the People, which said that “we need to harness our own indigenous energy resources and move away from imported, dirty, and dangerous fuels such as coal and nuclear,” as cited in EnergyCentral.com. The group further stated that reviving the mothballed Bataan Nuclear Power Plant will not solve the country’s energy crisis.

Advocates of RE herald it as a “cleaner” energy source compared to nuclear. Based on a study of 123 countries spanning 1999 to 2014, “the adoption of nuclear power did not achieve the significant reduction in national carbon emissions that renewables did—and in some developing nations, nuclear programs actually pushed carbon emissions higher,” as published in Sciencealert.com.

But nuclear energy is not without its merits. The website of the United States Department of Energy (DOE) headlines, “Nuclear Power is the Most Reliable Energy Source and It’s Not Even Close.” It further states that “nuclear energy has by far the highest capacity factor of any other energy source,” which means that “nuclear power plants are producing maximum power more than 93% of the time during the year.” Moreover, it’s reliable “about 1.5 to 2 times more as natural gas and coal units, and 2.5 to 3.5 times more reliable than wind and solar plants.”

Nuclear plants are more reliable because “they are typically used more often because they require less maintenance and are designed to operate for longer stretches before refueling (typically every 1.5 or 2 years).”

As regards RE plants, they are “considered intermittent or variable sources and are mostly limited by a lack of fuel (i.e., wind, sun, or water),” hence “these plants need a backup power source such as large-scale storage (not currently available at grid-scale)—or they can be paired with a reliable baseload power like nuclear energy,” said the US DOE website.

In an unprecedented development, nuclear energy has been recently recognized as part of the solution to climate change, as agreed in the 2021 COP26, the UN’s Climate Change Conference. Even before this summit, the United Nations Economic Commission for Europe released a document last month “arguing that nuclear power can help deliver the goals of capping global warming at 1.5 degree Celsius as agreed upon in the Paris Agreement,” as reported by TheFederal.com. The document also cited “a 2018 report by the Inter-Governmental Panel for Climate Change (IPCC), which stated that the demand for nuclear generation will increase six times by 2050, with the technology providing 25 per cent of global electricity.”

Another comprehensive study conducted at Massachusetts Institute of Technology in 2018 found that “although a number of low- or zero-carbon technologies can be advantageously employed in various combinations, nuclear is virtually essential as a contributing low-carbon technology,” and that “it would be almost impossible to decarbonize without it,” as reported by BigThink.com.

Indeed, the debate between nuclear and renewable energy must continue, but conclusions need to be drawn quickly and actions need to be implemented fast. Year in and year out, our country encounters energy shortage scares.

The real cause of our perennial energy crisis is inaction and politics. Our prayer is that the incoming administration decides well on our country’s energy future and executes with firmness. 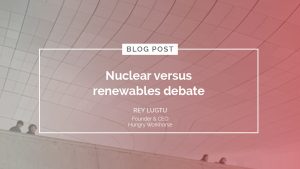 The author is founder and CEO of Hungry Workhorse Consulting, a digital and culture transformation consulting firm. He is a Fellow at the US-based Institute for Digital Transformation. He teaches strategic management in the MBA Program of De La Salle University. He may be emailed at  rey.lugtu@hungryworkhorse.com.