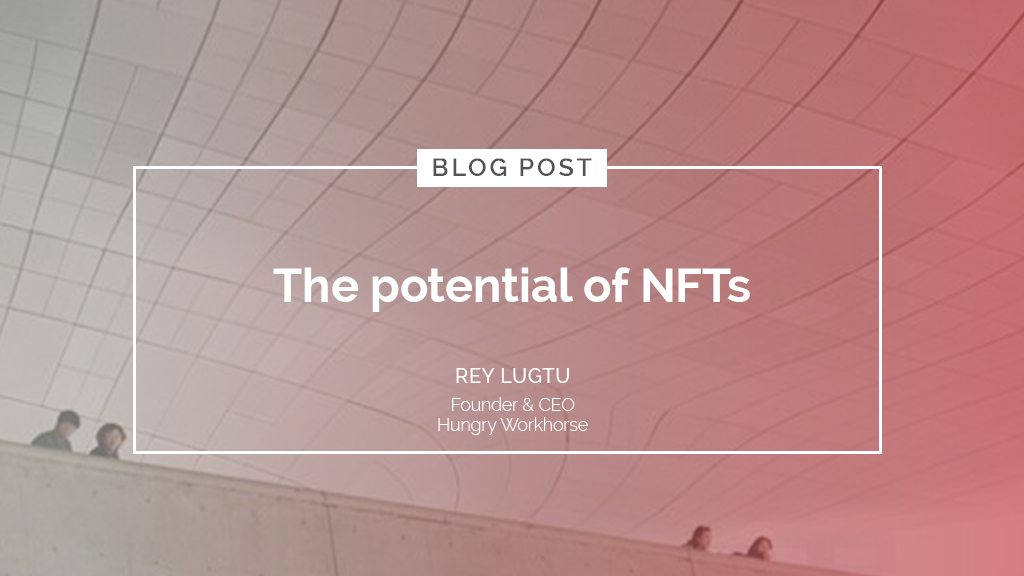 Ghozali Ghozalu, an Indonesian college student has become an Internet sensation after selling 1,000 selfies as non-fungible tokens (NFTs) on the OpenSea NFT marketplace, making himself USD 1 million richer in the process.

On March last year, a JPG file made by Mike Winkelmann, the digital artist known as Beeple, was sold by fine art dealer Christie’s in an online auction for $69.3 million, positioning him as “among the top three most valuable living artists,” according to the auction house.

Local celebrity Heart Evangelista, who recently launched her NFT art in OpenSea, said in an interview with Karen Davila that one of her NFT artworks can fetch $3 million. Her first NFT art was reportedly sold for P3.6 million.

An NFT, with its “non-fungible” nature, is “a unique digital identifier that cannot be copied, substituted, or subdivided, that is recorded in a blockchain, and that is used to certify authenticity and ownership (as of a specific digital asset and specific rights relating to it)”, as defined in Merriam-Webster. Each NFT is unique, making it ideal for use in paying for digital assets such as photos, videos, and audio.

In contrast, fungible assets, such as currency notes, can be easily interchanged. Cryptocurrencies such as bitcoin and Ethereum, which are designed to operate as currencies, are fungible. This means that any two bitcoins are similar, i.e., trade one for another bitcoin, and you’ll have exactly the same thing.

But like cryptocurrencies, NFTs are digital assets that exist and are stored on a digital ledger, called a blockchain. Think of cryptocurrencies and NFTs as cars (assets) running through a highway (blockchain).

Though NFTs have been around since 2014, 2021 was the first year that this novel technology broke into the mainstream, disrupting the art world and industries beyond it. Interestingly, the Philippines ranked first when it comes to NFT adoption out of 20 countries surveyed by Finder in 2021.

But what explains the widespread adoption of NFTs in the Philippines? Finder’s cryptocurrency editor, Keegan Francis, says “the countries with higher levels of adoption typically have a lower average wage of working citizens”. Furthermore, “people are quitting their jobs because they can make more money trading NFTs or playing NFT play-to-earn games”.

This explains the explosive growth of Axie Infinity, a play-to-earn gaming platform from a Vietnamese start-up, among user communities in the Philippines. When workers lost their jobs in 2021 due to the business hardships of the pandemic, Filipinos found a new source of income from this game.

In Axie Infinity, players buy, breed, and pit monsters called Axies against each other to win in-game currency—called small love potions (SLP)—that can be exchanged for fiat cash. Each Axie is an NFT that can be bought or sold across exchanges outside of the game. To initiate battles, players must own at least three Axies, the cheapest of which are selling for around $200 or P10,000.

According to a 2021 documentary by Play-to-Earn, a local Axie Infinity community in Cabanatuan City, Nueva Ecija grew to hundreds of players. Because of the game’s play to earn model, many were able to pay for their food, their bills, their medicines, even their debts despite their joblessness due to the pandemic. At one point last year, more than half of the 70,000 monthly downloads of the game came from the Philippines, according to its developer, Sky Mavis.

With the widespread adoption of NFTs in the country, how can the government and the private sector take advantage of its popularity? “NFTs may be the public’s chosen gateway to cryptocurrency investing and ultimately provide an avenue for financial inclusion”, according to cryptocurrency exchange, Binance. Furthermore, “with increasing adoption of NFTs by the younger generation, the general population will likely follow suit and ease into the realities of a digital economy”.

So can NFTs, and cryptocurrencies in general, solve the age-old problem of financial inclusion in the Philippines? Perhaps financial institutions can learn from the popularity of play-to-earn games, not only to let people earn, but also to teach and enable them to save, buy insurance, and invest in the capital markets.

But the potential of NFTs in the country are beyond gaming. Like the art of Heart Evangelista, NFT art was introduced last year by Narra Art Gallery at Art Fair Philippines, one of the biggest art markets in the country. NFTs have the potential to let Filipino artists reach new markets globally.

NFTs are also useful in the ticketing in entertainment events. They can be used to represent tickets in a sports event, a concert, or a virtual visit to a museum. This ensures that every attendee has original access, and any ticket reproduction is tracked and prevented.

In the real estate industry, physical land or property can be represented by NFTs on a blockchain. This means that the digital token representing a piece of land can have all attributes such as location, price, and measurements. With blockchain technology, it would be impossible for malicious actors to tamper with land ownership and other physical assets associated with the land.

But just like any new technology, there are opportunities as well as risks. Since anybody can create NFTs and participants can use pseudonyms, fraud can be a big risk. Regulatory agencies need to step up to ensure its potential is realized while mitigating the risks. 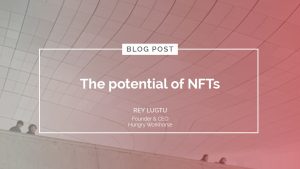 The author is the Founder and CEO of Hungry Workhorse, a digital and culture transformation consulting firm. He is a Fellow at the US-based Institute for Digital Transformation.He teaches strategic management in the MBA Program of De La Salle University.  The author may be emailed at rey.lugtu@hungryworkhorse.com