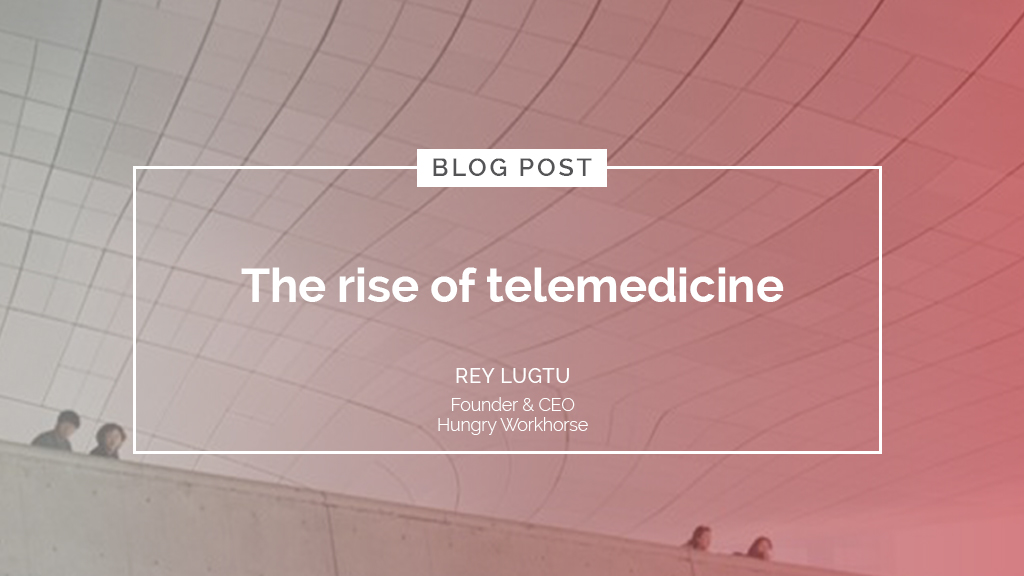 I recently had a vertigo attack. But due to the quarantine restrictions in Metro Manila, my wife had to call a hospital clinic, speak to the clinic secretary, ask for a virtual appointment with a doctor, pay the consultation fee via electronic wallet, and receive a link to a videoconference with the doctor. I met the doctor virtually as scheduled and was given prescriptions.

This is how most of us are seeking healthcare nowadays, driven by the need to stay at home due to the pandemic. Termed as telemedicine, it refers to the use of technology (computers, video, phone, messaging) by a medical professional to diagnose and treat patients in a remote location. It is a subset of telehealth that includes a variety of tools and technology resources that effectively deliver care to a patient, such as in remote patient monitoring.

Telehealth and telemedicine are nothing new. It has been in existence in developed countries, such as the United States in the 70s, where telecommunications infrastructure started to progress. It was not until the period between 2010 and 2017 when telehealth truly flourished in the US with advancements in computing and telecommunications technology.

In the US, “the use of telehealth within the hospital system increased from 35 percent in 2010 to 76 percent in 2017,” according to medical journal site, emjreviews.com. “As of 2017, 61.2 percent of hospitals in the USA used telehealth for remote patient monitoring,” as further reported by the site. “Telemedicine was seen by many as a last resort to treat their patients rather than an equally effective alternative to face-to-face patient care.”

In the Philippines, pioneers in telemedicine are KonsultaMD, a 24/7 health hot-line service manned by skilled and licensed Filipino doctors which was established in 2015, and AIDE, a mobile app marketplace that connects patients with doctors which was set up in 2015.

Just like in other countries, the adoption of telemedicine in the Philippines was lackluster, mired by unwillingness of consumers to try this new way getting medical consultation and the general resistance from clinicians to convert their current practices and learn a new way of providing medical care.

But the coronavirus disease 2019 (Covid-19) drove telemedicine use to explosive growth. In the US, its “use grew more than 6,000 percent during the Covid-19 pandemic,” according to a report of Definitive Healthcare, a healthcare technology firm. “Experts estimate that the pandemic drove 10 years’ worth of telemedicine innovations in roughly 12 months,” the report further averred.

In the Philippines, AIDE, now an Ayala Healthcare Holdings company, reported that since the onset of the pandemic. the daily home medical requests grew 300 percent with an average 200 per day, according to its chief executive officer (CEO) Paolo Bugayong in a recent FINEX webinar. Since the service is app-based, the more the internet infrastructure improves across the country, the more it can potentially reach the far-flung areas.

On the other hand, KonsultaMD boasts of more that 1.5 million paying subscribers, according to its CEO Cholo Tagaysay. Since the service is delivered via a mobile call, it can potentially reach the whole nation, which is the reason why it has expanded its services to local government units, apart from consumers and enterprises.

Telemedicine is truly a game-changer in the healthcare industry. It can augment the primary healthcare. i.e., medical consultation, needs of the country in accordance with the Universal Healthcare Act, as emphasized by Secretary Karlo Nograles during the webinar.

Despite telemedicine’s explosive growth, there remains key challenges which are typical of any adoption of innovation.

For one, medical doctors’ adoption has been varied. Although not discussed in the webinar, several surveys in other parts of the globe point to the differences in medical practitioners’ adoption. For example, in the US, the increase in telemedicine claims volume in 2020 were 680 percent and 1,503 percent for internal medicine and podiatric medicine, respectively, while that of psychiatry increased by just 24.5 percent. A lot of doctors still prefer face-to-face consultations.

There are other barriers and challenges that must be dealt with moving forward if use of telemedicine continues to expand. These include ensuring the availability and reliability of internet service, educating the populace on the value of primary healthcare and how to use telemedicine, and workflows in hospitals to incorporate telemedicine.

But telemedicine, despite the challenges, is here to stay and will continue to grow. As the younger generations come into the workforce, and as the internet infrastructure improves, telemedicine will become a main driver in our country’s healthcare system. 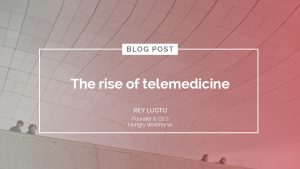 The author is chief executive officer of Hungry Workhorse Consulting, a digital and culture transformation consulting firm. He is Institute Fellow at the US-based Institute for Digital Transformation. He teaches strategic management in the MBA Program of De La Salle University. The author may be emailed at rey.lugtu@hungryworkhorse.com